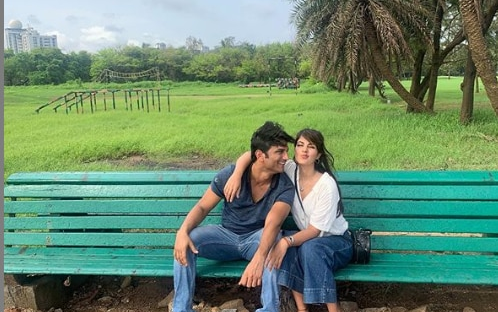 In a massive development in the investigation against Rhea Chakraborty, ED revealed properties amd shares owned by Rhea Chakraborty who showed her income in Income Tax department 14 lakh but she owned shares more than 14 lakhs. Question is from where she owned all these stuffs?

Most importantly, Rhea’s brother forged cheques in the name of Sushant Singh Rajput and even he and his sister Rhea were partners in companies established by Sushant Singh Rajput. ED summoned Shruti Modi- Sushant’s ex manager and she revealed in ED office, Sushant was dominated and totally controlled by Rhea Chakraborty. It is rumoured that Sushant was taking medicines prescribed by doctor in whom clinic Rhea taken Sushant. And Sushant had no knowledge about the medicines. Sushant’s father approached Rhea about what Sushant was being given medicines by her but she didn’t reply, it seems she had a criminal intention to exploit him and to do financial fraud with him. Rhea is a struggler but she hired expensive lawyer who had good dealings with Salman Khan. How is Rhea affording these expenses?

Now Rhea is not giving proper answer to ED and even not cooperating with them. Now ED decided to observe the Europe trip by Rhea Chakraborty and Sushant. Both Rhea and her brother gold digger ever. Even her family also questioned by ED for inquiring against financial fraud.